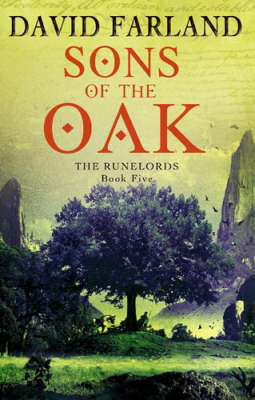 Sons of the Oak

The Earth King, Gaborn Val Orden, has roamed to the ends of the known world to preserve his people, but the life-draining powers he has embraced have finally taken their toll. His death leaves his young son Fallion at the mercy of his enemies. But Fallion is no ordinary prince, with no ordinary enemies, but is a reincarnation of an immensely powerful immortal. Known as the torch-bearer, Fallion is fated to engage with an ancient evil across the many ages of his existence. Now, without his father's protection, powerful supernatural forces will seek to prevent him waking to his full powers - and the land of the Runelords will become their battlefield. At stake is not just a single world and Gaborn's hard-won legacy of peace, but the very foundations of creation ...