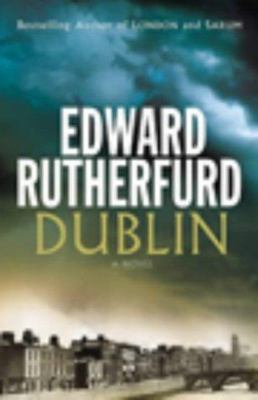 A portrait of Dublin, its history and people, told on an epic scale by the bestselling author of London and The Forest. Dublin: a city founded as much on folklore and mythology as on stone; a meeting point of pagan tradition and Christian belief; a city which grew from a small Celtic village to a bustling urban settlement under the Vikings and became, even before the Plantagenet kings arrived in the twelfth century, effectively the capital city of the Island. Edward Rutherfurd, the bestselling author who brought the city of London to life, returns with this magnificent novel that spans centuries from the Celtic warlords and pagan gods who were 'glossed' into historical persons by the increasingly Christian-orientated Celtic tradition, to the potato famine, and finally to Irish independence in the twentieth century. Told in Rutherfurd's unique voice, this compelling novel entwines fact and fiction to create a faithful portrait of Dublin's fascinating past and vibrant present.