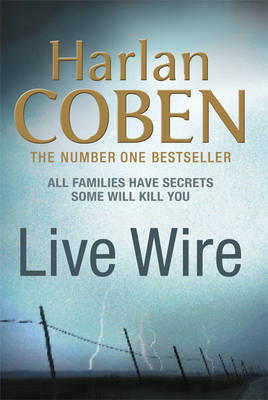 Over the years, Myron Bolitar has walked a tight rope between sports agent, friend, problem solver and private eye, his big heart quick to defend his clients' interests so fiercely that he can't help but jump in to save them, no matter the cost to his own happiness. So when former tennis star Suzze T and her rock star husband, Lex, encounter an anonymous Facebook post questioning the paternity of their unborn child, Lex runs off, and Suzze - at eight months pregnant - asks Myron to save her marriage, and perhaps her husband's life. But when he finds Lex, he also finds two people he wasn't looking for: his sister-in-law, Kitty, wife of Myron's estranged brother, and her teenage son, Mickey, who is achingly familiar. But this boy that he has never met blames Myron for everything that has happened to his parents...As Myron races to locate his missing brother while their father clings to life after a savage heart-attack, he must face the lies that led to the estrangement long ago - including the ones told by Myron himself. He must also answer the questions that Mickey's arrival has thrown up. Who is Myron Bolitar really? And can he heal the damage of the past? We thought we knew Myron, but Harlan Coben now shows us we never did. An electric, stay-up-all night thriller that unfolds at a breakneck pace, Live Wire proves that Coben still has the ability to shock us anew.

Harlan Coben was the first ever author to win all three major crime awards in the US. He is now global bestseller with his mix of powerful stand-alone thrillers and Myron Bolitar crime novels. He has appeared in the bestseller lists of THE TIMES, the NEW YORK TIMES, LE MONDE, WALL STREET JOURNAL and the LOS ANGELES TIMES. He currently lives in New Jersey with his wife and four children.