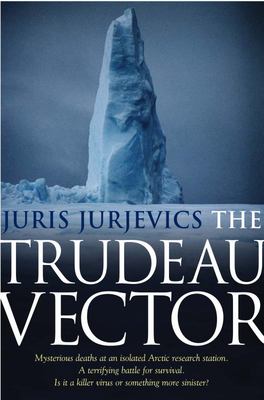 It's a race against time to uncover the cause of several mysterious deaths at an isolated Arctic research station . . . is it a killer virus, or something more sinister? A heart-stopping scientific thriller.

In the forbidding climate of the Arctic Circle, metal cracks like glass, rubber shatters, plastic crumbles, and world famous scientists are dying horrific deaths-and no one knows why.

As the international team of scientists at the spectacular Trudeau Research Centre prepare for six months of unrelenting winter, three of their colleagues are found dead on the ice, their pupils missing, their bodies contorted in ghastly, unnatural positions, hardened from the inside out. Cause of death: unknown.

Dr Jessica Hanley, the talented and unorthodox American epidemiologist, is summoned to the isolated station to investigate the cause of these grisly deaths before the unthinkable becomes reality.

Halfway around the world in Moscow, Admiral Rudenko, well past retirement age, is summoned to locate a submarine that has suddenly and inexplicably disappeared in the waters he once knew well-the Norwegian fjords. Ideally suited to this sensitive assignment-and conveniently expendable-Rudenko must locate and retrieve this rogue ship at any cost.

Their missions will converge explosively in the unforgiving extremes of the Arctic night. Brilliantly crafted and terrifyingly convincing, The Trudeau Vector delves into the precarious, volatile area where science and politics clash, with potentially disastrous results.


The die is cast. Their missions will cross paths, and bring them up against hazards much bigger than microbes-scientific megalomania, lingering cold war tensions, world-threatening environmental toxins-all unfolding in the unforgiving extremes of the Arctic.